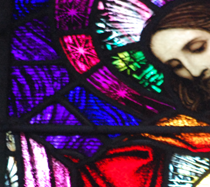 Adrian Holloway on September 2, 2011 with 0 Comments

The idea that a regular human being was also the unique Son of God is close to incredible. It appears to be outrageously far fetched.

So what evidence is there for this extraordinary claim?

First, is there any evidence that Jesus existed from outside the Bible? Let’s assume that the Bible is a biased and untrustworthy source (for the sake of the argument!) – what does the rest of ancient history tell us about Jesus of Nazareth. It turns out that we have several sources (e.g. The Roman historian Tacitus) which establish the historicity of Jesus life.

Of course by far the most abundant, and earliest documentary evidence for the life of Jesus are the New Testament documents. But why should anyone trust the Bible? I’ve put a talk on this subject in the ‘Defending the Faith’ category of this website for those interested in this question.

When Oxford University literary critic C S Lewis looked at the way Jesus talks about himself in the gospels, he formed the view that there were only three credible, logical alternative verdicts that can be returned . . . Jesus could be mad, and his claims to divinity were delusions. He could be bad, a liar who fooled thousands and ultimately billions of people into thinking he was telling the truth about himself; or he was exactly who he claimed to be, the unique Son of God and Israel’s Messiah.

Lets start with bad. Remember we’re talking here about a horribly evil liar who sends people to their death by guaranteeing them heaven. Jesus encouraged his followers to be martyred if that’s what it took, but if he knew he couldn’t deliver paradise, that makes him a monster! And if he was a liar, then he really was a horribly evil liar, because first of all he deceived the world into thinking he was the holiest man ever, and he taught people to live as pure as the driven snow. What’s more, he really pushed the boat out when he claimed to be sinless. But Jesus-the-liar pulled it off. Surrounded by his bitterest enemies, he challenged them to name a single sin he’d committed, and none of them could.

Also, if he was a liar, what are we supposed to make of his love for lepers, prostitutes and the poor? He spent most of his time with the outcasts of society. But the clincher for me is his avoidable death. He gets killed for claiming to be God, remember? What’s to be gained by dying for something you know isn’t true? Why go through with the pretence? And even when he’s on the cross, when they’re literally killing him and he’s got only minutes left to live, what comes out of him? Pure love. He prays for his murderers: “Father, forgive them, they don’t know what they’re doing.”

So it seems unlikely that Jesus was deliberately lying when he claimed to be God, but maybe then he was deluded? This seems far more plausible, but it has always fascinated me that few if any psychiatrists will sign up for it. Jesus shows no signs of being mentally ill. Quite the opposite. You’d expect that anyone who was as egocentric and egotistic as Jesus – I mean constantly talking about himself as the answer to everything – anyone who spoke like that would come over as unstable and unbearably arrogant. Yet there’s no doubt Jesus was thought to be the most humble person imaginable. Besides, are we really going to say that our entire legal system and the last 2,000 years of European history have all been founded on the sayings of a lunatic? No one’s improved on Jesus’ teaching. I would challenge anyone to read Jesus’ famous Sermon on the Mount and then say he was a lunatic. If Jesus was mad, then strike me down with insanity! Another issue is that this argument doesn’t take into account all the miracles Jesus performed. They’re going to take a lot of explaining away. Remember, even Jesus’ opponents agreed that he worked wonders. There are references to them outside the Bible (e.g. the Jewish Babylonian Talmud). Not to mention the prophecies. Jesus fulfilled 322 prophecies that were written down at least 400 years before his birth! Many of them are minutely specific things which he would have had no control over. I suppose a lunatic could have got lucky and fulfilled a few prophecies, or a liar might have been able to arrange a few deliberately. But I challenge anyone to read all 322 Old Testament prophecies and say that any liar or lunatic could possibly have pulled off more than a handful. Yet Jesus fulfilled all of them, including 29 of them in one day, the day that he died. One is about the time and place of his birth, another factor which Jesus wouldn’t have been able to factor in if he was merely a madman.

Of course, it is still a huge step for any of us to agree that Jesus was the unique Son of God. However, if we set aside the personal implications for our own lives, and if we accept the possibility that God exists, then the conclusion that Jesus was God is the explanation that best fits the available evidence.

Of course, many will not find this line of argument persuasive. Fair enough, but let us also consider that if God did come to earth as a man, you’d expect that man to be the most famous man who ever lived. You’d expect his birthday to split history in two. You’d expect his teaching, his miracles and his character to smash a hole in the history of the planet so big that billions of people would push their way through it to follow him. You’d expect a God-man to make the sort of impact that Jesus of Nazareth did.