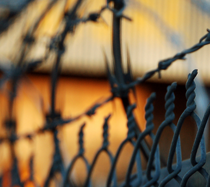 How Can a Loving God Send People to Hell?

When I start a friendship with someone, I probably won’t agree with all their opinions. I won’t understand where they’re coming from on one or two issues, because I don’t know their background. But I trust what I do know of the person’s character enough to begin being friends. Once that friendship develops I may end up trusting them enough to back their judgment on things I don’t fully understand.

This is one way of looking at how we, God, and the idea of hell relate to each other. There’s a good chance that God’s perspective on some things is going to start out a bit different from mine. The best example is how I view ‘sin’. When other people sin against God, it doesn’t seem that serious to us because we sin against God too. And that’s one reason why hell may seem an unfair punishment from our point of view. But it’s important to remember that God doesn’t want anybody to go to hell (Ezekiel 33:11; 1 Timothy 2:4; 2 Peter 3:9). And the whole New Testament is full of the love and mercy of God expressed through Jesus.

So what should God do about sin? There could hardly be a greater sin than ignoring God, to whom we owe every breath, every pleasure and every single second of our life. Yet we’re all guilty of sinning against God. A just judge is morally obliged to punish sin, and if we object to him doing so in hell, what do we suggest as an alternative? Perhaps God should force everyone into heaven? Perhaps he could do this by giving everyone a second chance after death to accept Jesus on judgment day? (This idea assumes that God hasn’t already done everything he possibly could have done to demonstrate his love through Jesus.) But choosing Jesus after death would hardly be a genuine choice. And anyway, God refuses to do this because he refuses to violate us and our dignity. People would choose Jesus, not out of any love, but simply to avoid hell. And it would mean that God was actually an eternal kidnapper who forced people to be with him forever, who didn’t want to be with him for the whole of their lives on earth.

It’s important to repeat that people go to hell because they’ve sinned, and not because they were unlucky enough to not believe the right stuff. In this sense, God doesn’t send anyone to hell; rather, people send themselves to hell. In Romans 1:18–32, the Bible says we ultimately become the decisions we make. Each time we choose our own way, we solidify ourselves in a certain way of life, independent from God, and hell is a fairly logical continuation. It’s an eternalisation of decisions we’ve already made for ourselves.

Our main objection is that hell seems like an over-reaction on God’s part. Yet Matthew 11:20–24 indicates that some are punished more than others, and therefore there is a sense of proportionality in God’s justice. There is clear evidence also that children will not be in hell (e.g. 2 Samuel 12:23), and many respected Bible believing scholars argue that after a period of suffering in hell, God will annihilate or extinguish people. Although I do not take this view myself, it is certainly a possibility that fits some of the relevant Bible passages.

We must be careful not to reject the doctrine of hell simply because we don’t like it. It may turn out to make more sense than we can currently imagine.